Mobilizing Volunteers
Our volunteers with entrepreneurship and business expertise find a unique opportunity to leverage their skills and competencies at Defy by mentoring entrepreneurs with criminal histories toward a new start.
Creativity From Our Volunteers
To recruit entrepreneurial participants, our volunteers act as judges, panel experts, and mock customers during events like scavenger hunts and mocktail nights challenging participants to understand running a business in the NYC context.
Why We Love This Affiliate
Defy's unique entreprenurial coaching program engages executives across all spheres of business to be mutually transformed by the friendships they make. Many of the HFNY mentors become lifelong advocates for their mentees.

The day I realized that the relationship between Defy Ventures and Hope for New York was an amazing one was when I realized the relationship of Russell and Glen, one of the volunteers from HFNY. He took Russell to his church, brought him to his family dinner. Russell comes from somewhere where it’s dark and hard, and then in turn having someone like Glen who’s really supporting him and pushing him and being his friend, helping him become successful, helping him become that great father, son, that we all dream of becoming. 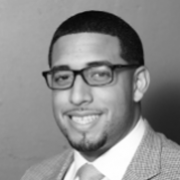 May 05.12.2020
Prayer for the Formerly Incarcerated
In our Prayer Guide, the month of May is when we recognize and pray for the formerly incarcerated community. Read our prayer!
Read More
May 05.04.2017
Prayers for the Formerly Incarcerated
The U.S. comprises five percent of the world’s population, but 25 percent of its prisoners. Upon returning home, formerly incarcerated people often struggle with substance abuse, lack of education and employment skills, limited housing options, and mental health issues. Let's pray for these neighbors of ours.
Read More
Jun 06.08.2016
4 ways to pray for our neighbors who are or have been incarcerated
This week, in conjunction with our “Hope after Prison” workshop, we hope you will join us as we pray for our justice system and for those currently or formerly incarcerated.
Read More