We are so excited that a group of #TeamHFNY runners repped us at the 2021 TCS New York City Marathon! For all our runners, Sunday, November 7 was the culmination of a long year of training together or solo, and tracking their miles in Strava.

Together, #TeamHFNY has already exceeded their original $75,000 giving goal toward rebuilding and stabilizing our affiliates during the pandemic. To date, the Team has raised over $108,000!

Get to know some of our runners below! 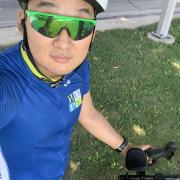 "While volunteering through Hope for New York, I personally saw the commitment and heart that each affiliate had serving their local communities."

For Jon, running the NYC Marathon is the cherry on the top in raising money to support the many organizations that are committed to serving our neighbors in need. He is also our marathon team leader, a Young Supporters leader, and a dedicated volunteer with the Chinese Christian Herald Crusades Basketball Club! 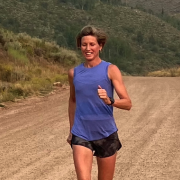 "I run because every New Yorker, rich or poor, whole or broken, needs to know his or her value created by God."

Carol runs because of the famous line Jesus was asked in Luke 10:29, 'Who is my neighbor?' ALL New Yorkers are her neighbor and she wants all New Yorkers to know spiritual, social, and economic flourishing through the demonstration of Christ’s love. This is HFNY! Carol is also a long-time HFNY Board member who has served with a third of our affiliates. 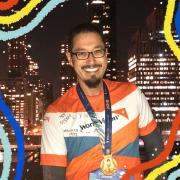 "It is a thrill for me to raise money to support HFNY as they minister the mercy of Christ to our great city!"

As the biracial son of blue-collar parents from Detroit, Matthew is also an ordained minister, a certified coach, a songwriter, and a marathon runner. Along with his wife Kimberly and five children, they live in midtown Manhattan with their cat, Tux. For Matthew, no organization does more to engage the church with the real and diverse needs of people around the city than Hope for New York. 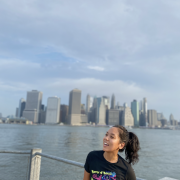 "Thinking about the incredible work of Hope for New York energizes me through each dreaded training mile, and running through the boroughs will be a unique way to experience the greatness of the city."

Melody never imagined calling New York City her home. As a child of a Navy man, Melody and her family bounced from San Diego to Virginia Beach to Jacksonville, before returning to San Diego at the age of 5 where she remained until college. Melody then met her now-husband Julian on a hip-hop dance team at University of CA Irvine, where they bonded over their love for board games. In 2012, she and Julian made the big move to the Big Apple, where they currently live in Park Slope with their daughter Evangeline and son Asher. Melody is now a Board Certified Assistant Behavior Analyst who provides behavioral therapy to children and adolescents with autism. 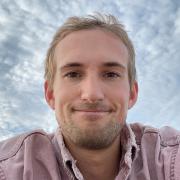 "I am running because I love this city. I know there are fellow New Yorkers that deserve more medical care, food, and opportunity."

Wil is thankful that HFNY and its affiliates exist to empower New Yorkers to serve their communities and care for the marginalized. 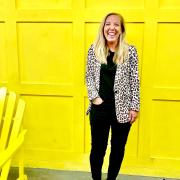 "I consider myself a #1 cheerleader for Hope for New York. I'm beyond honored to be a representation at the NYC Marathon."

Having served with many HFNY affiliates, including Morris Academy, and as a long-time Young Supporters member, Brooke fully believes in HFNY's mission and vision. Running for NYC neighbors in need truly makes her heart swell with pride, and she's thankful to have this opportunity to make a positive impact for those who need it most. 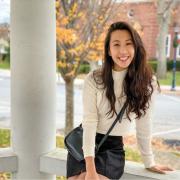 "Since returning to the city, I found myself blessed with fruitful conversations with friends who partner closely with HFNY and its affiliates."

During the pandemic, Elyssa experienced strong tugs at her heart to aid the communities that were even more deeply impacted and burdened—the hurting, the neglected, and the voiceless. After coming out of social isolation, she craved community and was often reminded of the many NYRR runs she participated in with her past community. When Elyssa learned about the opportunity to serve HFNY affiliates through the marathon, she felt strongly called to run and was honored to partner with and represent an organization whose mission she fully supports!

Elyssa lived in several cities (Boston, Hong Kong) before returning to New York City, where it will always be home. She currently resides in Brooklyn, attends Redeemer Downtown, and works as a product manager within financial services. A few of her favorite city activities include checking out new eateries, hunting for the best speakeasies, and running along the East River. 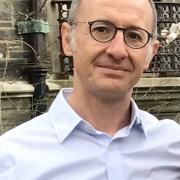 "By running with the Hope for New York team, I hope to help highlight the great work that HFNY does to help vulnerable New Yorkers."

Because the pandemic has exacerbated inequality, dislocation, homelessness, food insecurity, and mental health stress, Paul believes there is no better time to raise awareness of the great needs in our city. 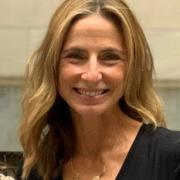 "God was so kind to provide an opportunity to run, and I consider it a privilege to do so in service to my NYC neighbors who are in need, particularly after a difficult pandemic year."

Sandi is a mental health counselor to adolescent girls and young adult women in private practice who was also a former staff member of Redeemer Counseling Services. She attends Redeemer West Side along with her husband, Bill, who's an attorney, and their three teenage daughters.

As a life-long runner who turned 50 this year, she always wanted to run her last New York City marathon during this milestone birthday year. At first, the pandemic seemed to squash the hope of qualifying for the marathon, until a friend sent an email about the HFNY opportunity and she jumped at it. As a long-time supporter of HFNY, Sandi also serves on the board of a HFNY affiliate, A House on Beekman, so it was a no-brainer to run the marathon! 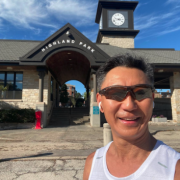 "It's been on my bucket list to run the NYC Marathon before my next birthday in December."

For David, nothing brings more tears of joy than two things: Watching the NYC Marathon on TV and seeing the dedication of all runners involved. And being at Redeemer Downtown and considering how God's blessings have coursed through his life! 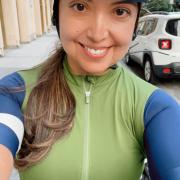 "I believe in HFNY's mission and how it forms a community of organizations working toward a common goal to pray for and support our city."

Susie's been living in NYC for more than two years, having moved for work six months prior to the start of the pandemic. She found a home church that partners with Hope for New York. Earlier this year, she participated in Miles of Hope, and she loves to cycle and run. 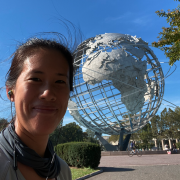 "I love HFNY because it values and prioritizes community here."

Esther has lived in New York for the past seven years, and both Redeemer and Hope for New York are part of her anchors in the city. This year has been isolating and tough, but running has been a comfort, so it's an honor to run the marathon for HFNY. Esther also volunteers for The Open Door, which speaks to everything great about New York—its sweat and its heart. 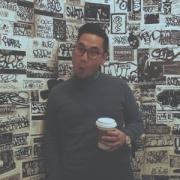 "I'd also love to keep Redeemer Downtown very connected to HFNY and this would be a great way to do so."

As a pastor at Redeemer Downtown and a self-described HFNY enthusiast, David is excited to raise a ton of awareness with both Christians and non-Christians because no one would believe he could run a marathon! Also, this would (literally) be the only way he would run the NYC Marathon, which would garner a lot of support! 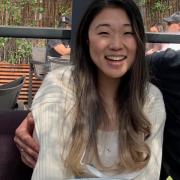 "I wanted to run for a greater purpose than myself and with a charity that is gospel-centered, prayer-focused, and God-led."

A member of Exilic Church, Carrie became familiar with HFNY and its vision. Originally from the west coast, Carrie ran her first marathon in Los Angeles, to be closer to God, a few years ago. When she saw HFNY was an official charity partner with the NYC Marathon, she decided to run and share the great work HFNY is doing to help rebuild the city. 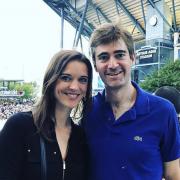 "Inspired by HFNY, I hope to extend mercy and justice to my current city through my work as a civil rights lawyer."

Carla Ward was greatly impacted by HFNY and its work while living in New York City and attending Redeemer. She now lives in Birmingham, Alabama with her husband, JB, and two young boys, but she still has family living in NYC, so she frequently returns to visit. 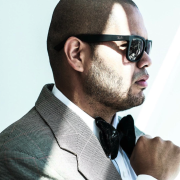 "I love giving back to my community."

Chuck has run multiple marathons—in Los Angeles! He sat on the Board of the Fulfillment Fund (as the Professional Development Chair), which is dedicated to making college a reality for students growing up in educationally and economically under-resourced communities. He is currently a Hope West Side attendee.

Thank you for supporting our NYC Marathon runners by praying for their stamina and energy to be sustained! Also, you can still continue giving: hfny.org/marathon