From the Gutter to a Family at Brooklyn Teen Challenge 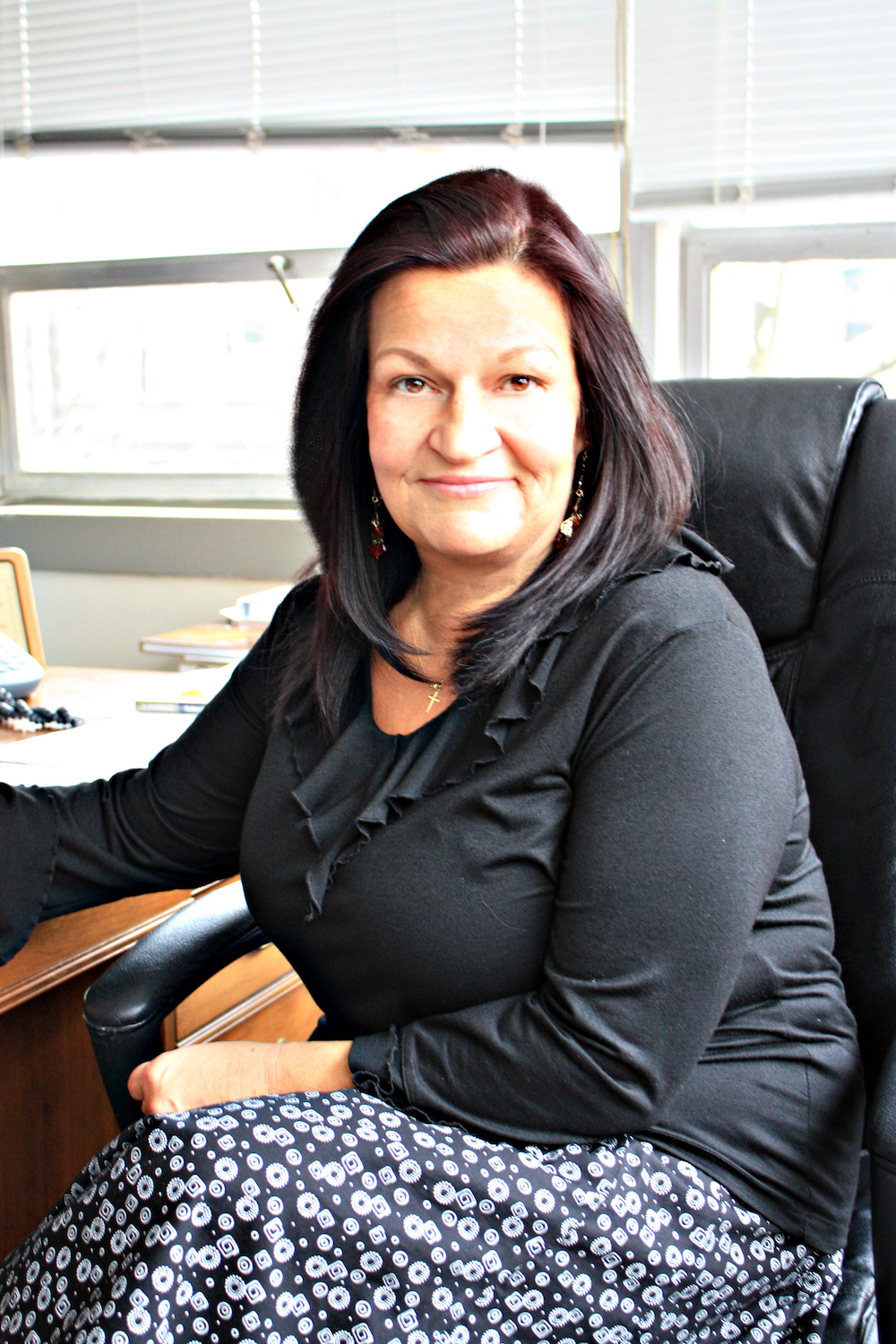 When Debra Burgos tells incoming students at Brooklyn Teen Challenge, a faith-based residential recovery program, that she knows how they feel, she really does know how they feel.

“I’ve hit rock bottom. I’ve been homeless. I’ve lived under abandoned trailers. I’ve lived in the streets. I’ve done it all. I’ve seen it all,” Debra, who is now 56 and works as the administrator at Brooklyn Teen Challenge, said.

At one point, she lived in what’s called an “abandominium”—an abandoned building occupied by homeless people. She’d have to crawl through shattered windows to get to the third floor, climbing over people and through dirt and garbage to get to her spot. At the time, though, she thought she had it made.

It isn’t often that Debra sits in her office in Clinton Hill, Brooklyn reflecting on her past. But there are days she’ll look out of her window and ask herself, “Is this reality or is this a dream? I can’t believe that God has taken me from the gutter, actually living in the street, to where he’s placed me now. That’s amazing.”

Debra was raised in a Christian home, but her relationship with Christ growing up was as a ruler and a judge. “I didn’t know God as a loving God,” she says. She had lost her own father to alcoholism when she was four. She grew resentful and bitter that her father would choose alcohol over fatherhood.

By age 28, she had married her high school sweetheart, had her own home, her first child, and a job with the federal government. But all that changed when struggles invaded her marriage. She started drinking, and it all spiraled downward from there. Then came the heroin use. The homelessness. It got to the point where Debra was carrying everything she owned (an extra shirt and pair of jeans) in a plastic grocery bag. She lived under an abandoned trailer, creating a blanket out of leaves.

In July of 2000, Debra’s family brought her to Brooklyn Teen Challenge. Her son was three months old at the time. Debra knew she needed help. But she wasn’t willing to surrender—at least not fully.

“When I came in here in 2000, I used Teen Challenge as a revolving door,” Debra says. “It was difficult here, because I was distracted by the streets. Also, being around the men was a distraction for me.”

But then, in 2007, she went to the Walter Hoving Home, a sister ministry of Brooklyn Teen Challenge up in Garrison, New York. “It’s on 23 acres of land, secluded, no men. And God really changed my life there.”

The bitterness she had felt was replaced with love. Love. That’s what she says truly has the power to change lives. Love is, after all, what so dramatically changed hers.

Many of the students come to Brooklyn Teen Challenge broken. Debra’s own addiction had taken her to the point that she wasn’t able to have contact with her children or her family. And that’s true of a lot of the students that come there. But the love of Christ can transform even the most broken lives.

Specifically, Debra remembers how loved by the staff she felt as a student. She desperately wanted to do what they did, to become a staff member herself. She knew in her heart that she wanted to work in ministry, she just never believed it was possible because her life “was so out of control.”

“Even though at that time I was 40 years old, I always look at the staff and thought, When I grow up, I want to be like that. Not grow up in age, but grow up spiritually, mature spiritually.”

And that’s exactly what has happened. Now, a staff member, she gets to be the one showering students with the love she received.

“I always remember, in the back of my mind, I’m one poor choice away from being a student again,” Debra says. “So whenever we get a new student in, I always try to find some common ground with them so we have a line of communication. I always want them to know that I’m here for them.”

That's what a family does

There are two things that Debra believes stand out about Brooklyn Teen Challenge. First, it’s really a discipleship program more than a faith-based residential home, as it’s often referred to. “They're here not to go through a program,” Debra says, “but to have a personal relationship with Jesus Christ, which will sustain them once they leave here.”

And second, the people there are family—so much so that when one of the students was struggling to have his family come for their planned visit (one obstacle after another, finances weren’t good, things at home weren’t good), the men’s home there decided to help out.

“Students and staff from the youngest student up to the oldest student, including staff and interns, they all pitched in to pay for a way for this student’s family to come,” Debra recalls. They even collected enough money so when his family comes here, they’ll be able to go do some small things in the city.

“I thought, That’s what a family does,” Debra says. “I could probably give you a story every couple of hours here, because every day there are miracles happening here. Every day.”

Her own life is another example. Where in 2005, she wasn’t allowed to have contact with her family at all, she’s now able to talk to her three children every day. “We have a great relationship,” she says. “But it started with the baby steps.”

Debra, who lives on site, hopes she can also serve as a spiritual mom to the students at Brooklyn Teen Challenge.

“While I can never be their biological mom,” Debra says, “when they come in, I try to embrace them and love them and hopefully be a spiritual mom to help them through the process.”

Brooklyn Teen Challenge is one of Hope for New York’s 40+ affiliate partners that are serving the poor and marginalized in New York City. You can help us bring hope to New Yorkers in need here.